So, I read a post over at Stitched In Color today called "Where Have All The Blogs Gone?" about the future of quiltblogging in an Insta-focused world. That led to an article over at Generation Q entitled "What The Heck Is Happening In Our Q-niverse?".

And that got me thinking.

My regular blogging used to be largely WIP Wednesdays, thanks to Lee Heinrich of Freshly Pieced. This summer, she's chosen to focus on her own quiltmaking and patternmaking, and so the impetus to post something every week has kind of drifted away off into the sky.

I guess the thing I'm curious about is what you, the readers, want to see on this blog? Mostly, I just post WIP status updates, with the occasional tutorial. I have ideas for patterns, but actually getting them completed is another matter.

Do you have any thoughts on what I should post? Preferences? Things that you'd like to see?

*crickets chirp*
Posted by Sel at 9:44 AM No comments:

So, I'm back after a month of travelling, with absolutely no quilting done while I was gone. I didn't even take hand-work.

My goals for the remainder of August are: 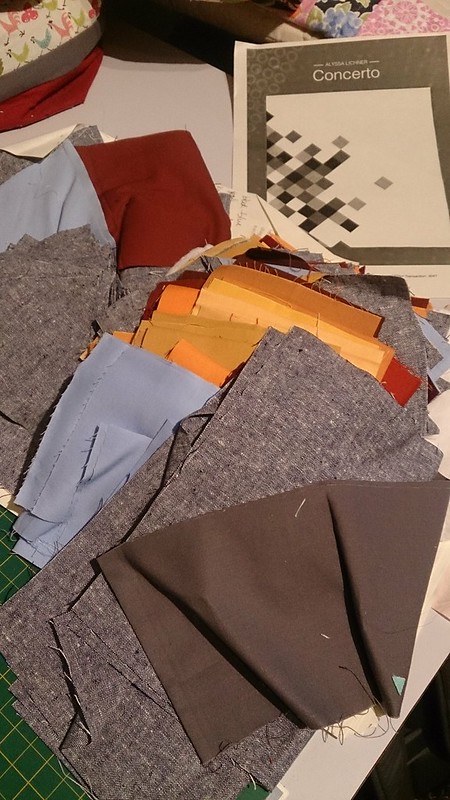 2. Make the young goalie on my hockey team a quilt by presentation night (1 month away)

3. The centre medallion for the Sydney Mod Squad's 2017 group quilt! 18" square, plus a grey border, and I have a design but I have to work it out in colours and the piecing - and that's the tricky part!