1. Four quilts and backings mailed off to my longarm quilter
2. Photographed Intulawoven
3. Not much else. 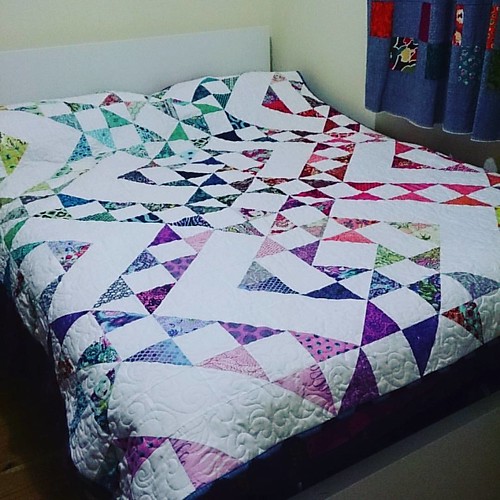 I longarmed it at the Sydney Mod Squad meet-up on Sunday 6th, and bound it on Saturday 12th, during the #saturdaynightcraftalong with @barefootcrafter on Instagram. 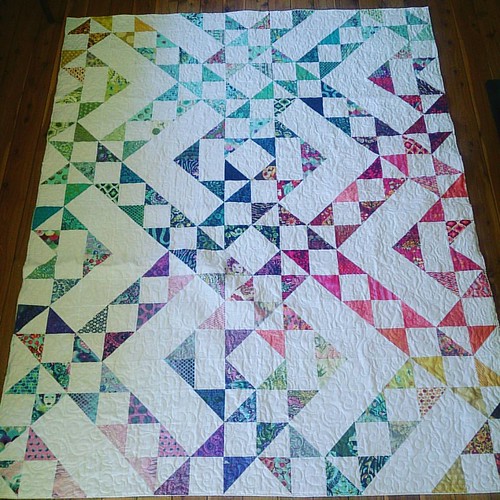 Now just to get a pic of it full-size, which is easier said than done since our weather has tended to rain for the last couple of days.

Otherwise, due to health issues, I haven't been terribly motivated to do anything. Currently, I'm piecing together a back for the "Shattered Star": 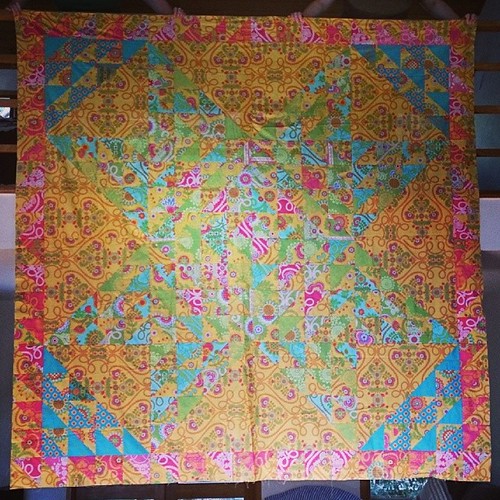 And after that... Probably some backings for my HR Mendocino quilts "The Seaweed Is Always Greener": 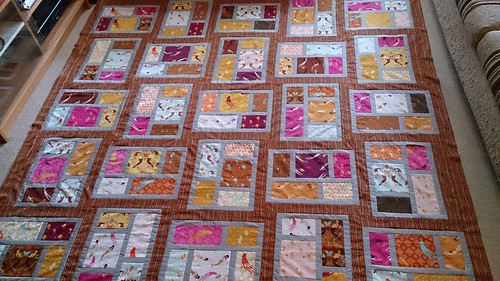 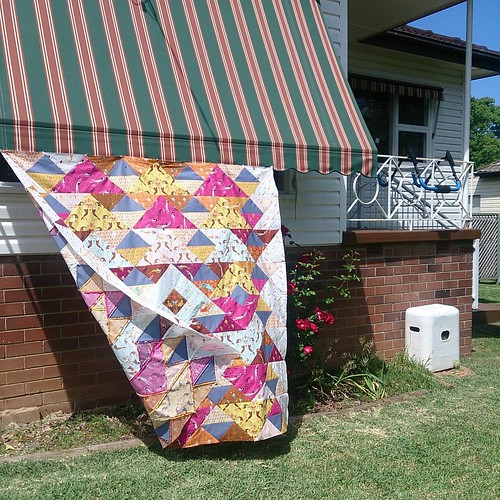 And then the quilting for "The Promise Of Spring" (a.k.a. "The Snowflake Quilt")

What are you doing lately?
Posted by Sel at 2:13 PM No comments:

WIP Wednesday: the one with a finished quilt top

It's hard to do WIP Wednesdays when there's no linky party. The inspiration to post something (to scream into the void of the intarwebs) is kind of gone.

But this is what I did in February; it's not much, there were health issues at play. March is looking up, however, and I completed this last night. 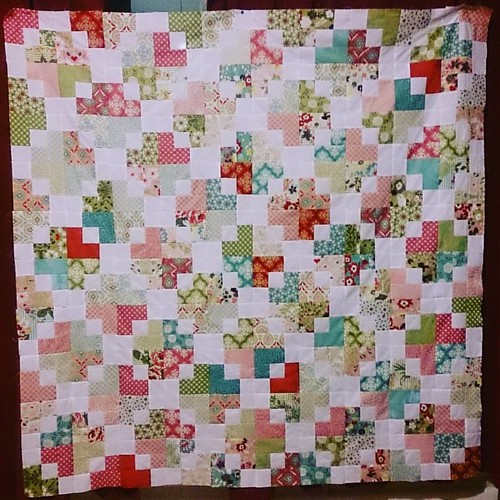 I've had this one cut up in pieces for two years, but didn't start it until the February Super Sew-In with the Sydney Mod Squad. 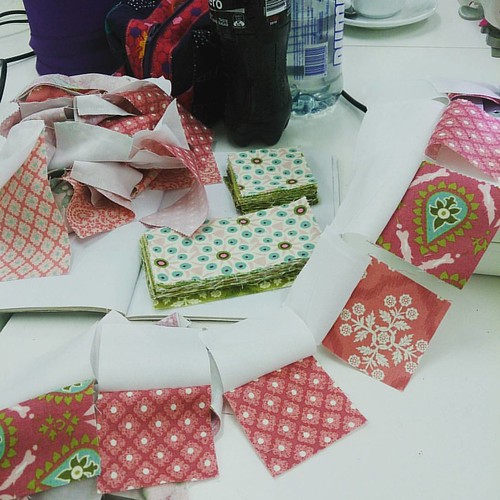 It actually came together pretty fast at first. Chain-piecing FTW! 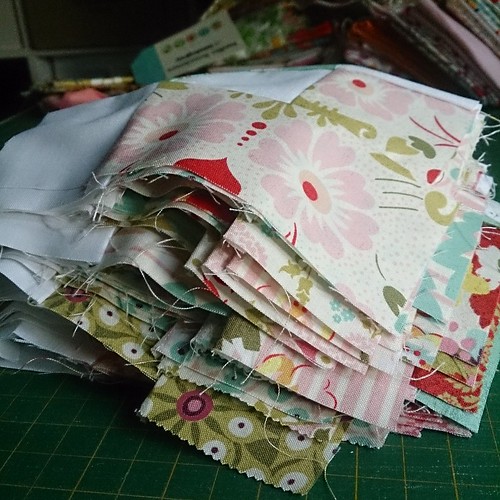 But then there were health issues, and trimming, and heatwaves, and cats... 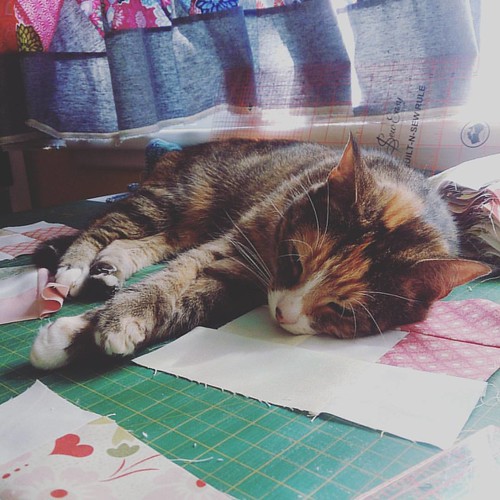 It wasn't until Saturday night that I felt like picking it up again. 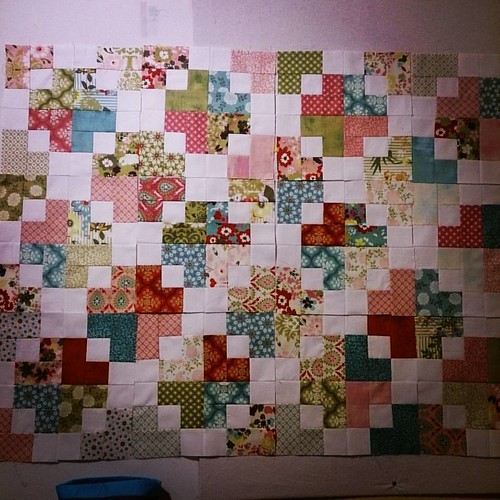 But once I got it started, it was easier to keep going, and I sewed and ironed the last rows together last night.

The pattern is from Camille Roskelley's "Simplify", and the fabric is Basic Grey's "Hello Luscious". It's a pretty quilt, but it doesn't speak to me the way quilts like "Swarm" and "Intulawoven" do.

Next up, I have to plan for the Sydney Quilt Show 2016. There's a design plan, but I guess we'll see about whether it's doable...