It's a long way to the finished quilt if you want to design your own...


I started it around May 2014, with a design idea but not very much of a clue on how to execute it. I knew I wanted to use the new line of quilting fabrics, Cotton + Steel, though, so I bought a great deal of the Basics range, and then set about cutting it up. 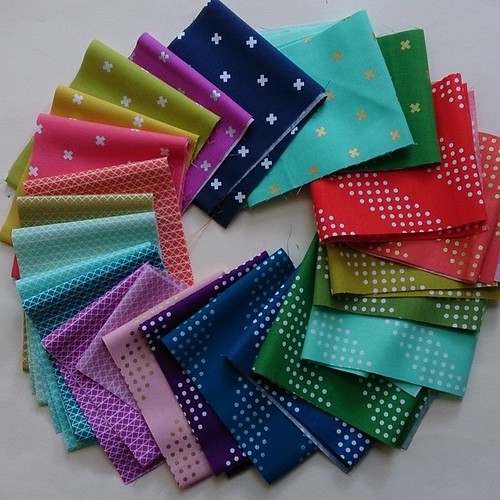 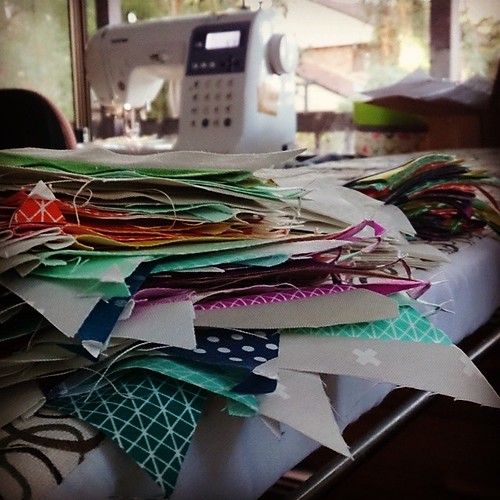 That's at the old house - the one that we had to clear out before buying a new house, redoing it, and moving into it last year. So it kind of went on hold in the middle of all that, and then there was the settling in and the starting of the garden and the summer... I didn't get back on the job until Autumn 2015 - around March.

It took me a year (April 2015) to get to the point where I had enough pieces to start putting it all together: 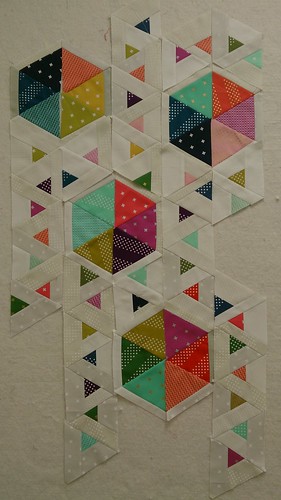 There were times when I despaired of how many pieces were needed, and how complicated the whole quilt was. However, my quilt groups kept telling me to keep going, keep going, it looks great, it's going to be gorgeous

And when it did start coming together, it was beautiful! 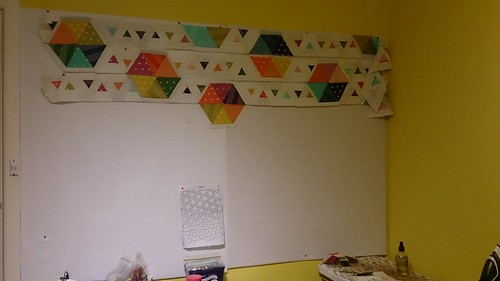 I don't know what it is about this quilt, but it just hits people in the feels. I've had a lot of people admiring it! Maybe it's the colours, the brightness, the...well, playfulness of the pattern... At any rate, it's definitely a show-stopper! 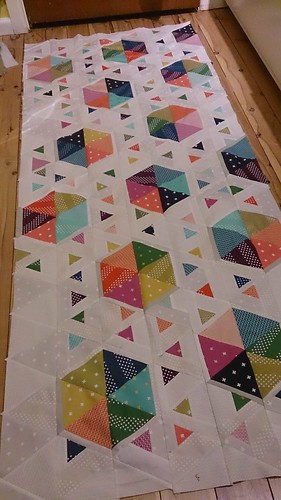 Maladicta even gave it the butt-stamp of approval. Which, okay, in this house, isn't difficult. But she was quite happy with it... 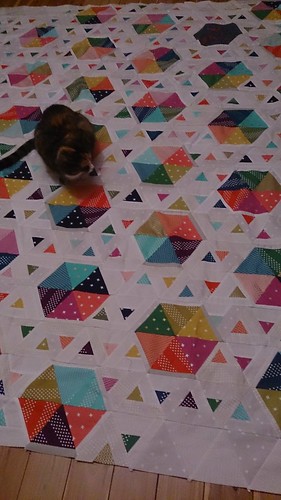 I had a backing, I had a plan for quilting it, tt was going to be submitted in the Sydney Quilt Show...

And then I pulled a muscle in my calf. Ow.

I sent it off to my quilter before I went overseas, I think, and have been waiting for her to get back to me. It took a while, but when it came...it was definitely worth it! 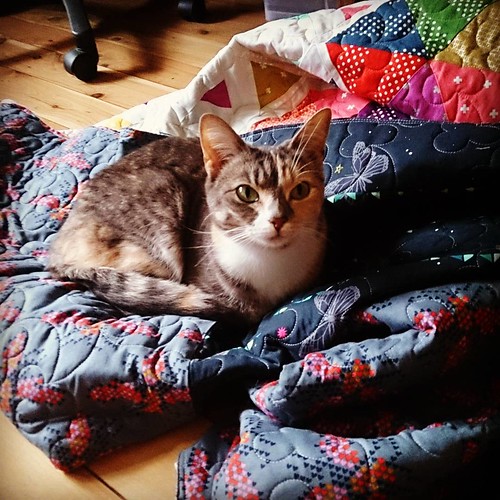 Smokey agreed. No sooner had it taken it out of the mailing bag, then she settled on it. She's since pretty much taken every opportunity to head-butt it, muzzle-rub against it, or roll in it.

There's a part of me that still can't believe I thought up this pattern, let alone executed it! 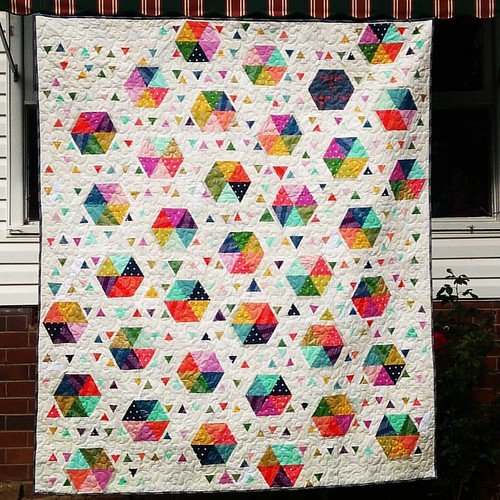 Name: Swarm
Size: 75" x 88"
Design: original by Sel
I'm trying to write a pattern for it, but it's a bit exhausting, and everything's pretty busy right now.

I've submitted it to the Modern Quilt Guild's competition for Quiltcon 2016 in...San Diego, I think? However, I doubt it will make it in - I don't think it's quite 'modern' enough as the MQG defines modern quilts.

It looks stunning, though. And I'm definitely keeping this one. :)

If you want to go back and see the progress of this quilt, the hashtag on Instagram is #swarmbysel. (Some of the earlier pics won't be tagged because I only came up with the name this year.)

I'm linking this up to Sew Modern Monday over at Canoe Ridge Creations! 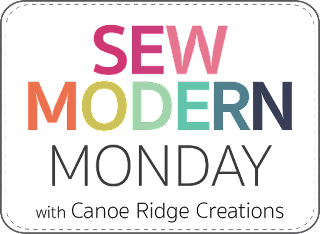